What are the advantages of a bilingual kindergarten? How can it help to my child in the future?

The need of knowledge of foreign languages is obvious every day in our lives. This is the first reason why we decided to open the English Kindergarten. The other publicly known advantage is that learning a third language is easier. Experienced people add that pre-school infants don't "memorize" language but they absorb it.

The most important aspect of bilingual education tends to be forgotten. The brain develops till the child’s sixth year and new connections between neurons are created. A parent can influence directly how clever their child will be in the future. If children have lots of stimuli they create new connections, which help them to understand faster and to learn anything easier in the future. 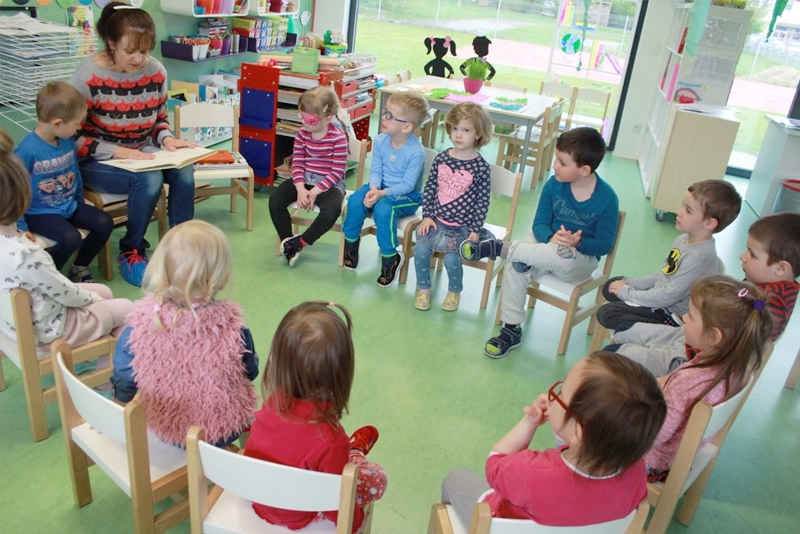 Among the other things, a language centre is created, which is used to express a child’s own thoughts in his mother tongue. We use a different part of our brain to learn a second language in the later stages of our life and it begins to become more difficult to learn it. All this is connected with the other advantage of children, which we can call a sense of grammar. When infants listen to English, they can hear all the parts of speech and start using the grammar intuitively (for instance plurals, articles, etc) without making any special effort.

What happens if a child learns two languages at an early age? Two language centres develop in the brain. A language centre is formed next to the musical centre, that is the main reason we focus on musical education. The other very important structure is a "corpus callosum" (the neural connection of both hemispheres) and bilingual people have stronger connections. This leads to better co-operation between both hemispheres and improves cognitive abilities generally.

We would like to mention one further advantage. There is a significant impact in adults. Recent research proves that bilingual people who get degenerative disease of neural system (for example Alzheimer’s disease), get it five years later than monolingual people with a similar lifestyle. They also can recover better from a stroke. There is a big advantage of having stronger connections between hemispheres.

In conclusion, what can you do for you children if you let them develop in a bilingual environment?